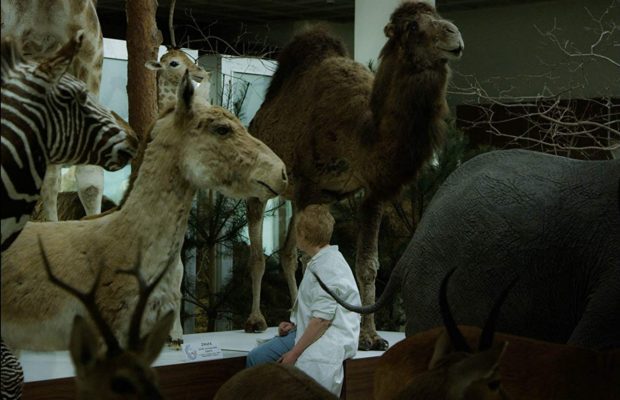 Men hunting deer in the woods. Hanging their prey upside down so that it is drained of the blood. Others, taxidermists, remove the skin of the dead animals. In direct contrast, the breeders of a small deer farm. A never-ending cycle, which abolishes the illusion of a dipole consisting of a beginning and an end. Where matter is inevitably worn down, the soul survives, it is transfigured, it eludes. Life and death are nothing more than two visible turning points in its course. This is A Story About People, Animals and Things, a conjunction of mortalities and a constant deceit. 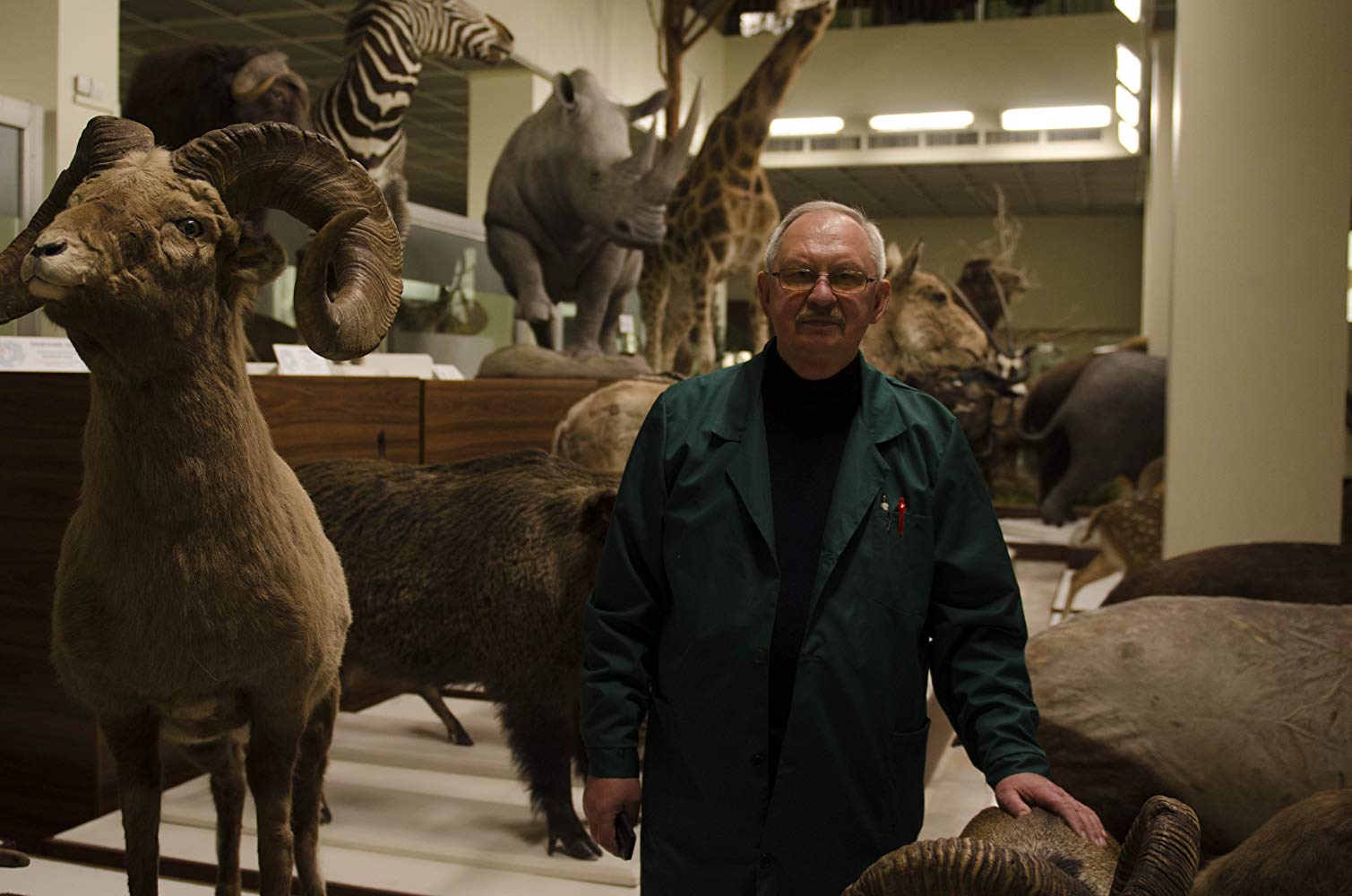 As the camera strives to fulfill its purpose, that is to capture the moment, in a similar way the taxidermist struggles to breath life into what it has long ceased to exist. Both of them are destined to succeed only in appearance. The moment is gone, the animal is dead. Every living creatures marches at a steady pace to its doom. Whatever is left, cannot overcome the state of a res. A photograph, a visual trace, stuffed carcasses.

Aistė Žegulytė, in her first feature film, relies on idiosyncratic frames and crafts an eerie ambiance that draws parallels both with the poetic aura of Roy Andersson and Ildikó Enyedi’s film On Body And Soul. Her film seems to tiptoe on the crevasse left by the ephemeral presence of people and animals in this earth, while subtly mocking the human seeking of (any form of) immortality. Animus Animalis plays down on (but never overtly frowns upon) humankind’s vain attempt to delude itself over the overpowering arrival of death. The film sneers at the human desire of mastery and imposition over the animals and traces its origins in the same point of departure.

A long motionless shot traverses the interior of a church, the archetypical symbol of humankind inability to come to terms with its destiny, where stuffed animals dominate the scenery. In the story’s epilogue, we come across a “best stuffed animal” contest, yet another manifestation of human vanity. As if the proclaimed winner –any contest could be seen as an incarnation of the fierce competition governing our everyday life- would find a way out of the existentialist angst.

The Lithuanian director dares to entrust her film on a slow pace, molding an almost transcendental and deeply cathartic whole. She carves a universe of contrast, irony and low-key anxiety. Robust animals, nature’s artifacts, in contrast with the tortured human beings, are blissfully integrated in our world’s entity. They are not bearers of any inner despair; they do not disrupt the environment’s harmony. They do not strive to conquer, nor they seek to devour all available space. Yet, instead of vindictively contemning our incapacity to overcome our inherent flaws, they stand by our side. After all, all animate beings share one common feature: their animus animalis.

Ghost Dog: The Way of the Samurai

Night and the City